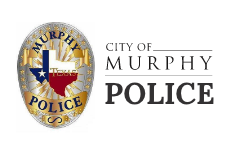 Following the successful completion of the police academy, Chief Chandler began his law enforcement career in 1990 in Jacinto City, a community near his hometown of Houston, as a Patrol Officer for the Jacinto City Police Department. In 1993, he was promoted to Sergeant and remained with the Jacinto City Police Department until being offered the position of Lieutenant with The Colony. He accepted the promotion and completed his transfer to the North Texas community.

In October of 1998, he was promoted to Captain, and in March 2012, he was appointed as The Colony’s Assistant Chief of Police. During his career with The Colony, Chief Chandler has worked in the Operations Division, overseeing Patrol, SWAT, Crossing Guards, and Bike Patrol. In 2016 he was assigned supervision of the Support Services Division, overseeing the Criminal Investigations Division, School Resource Officers, Jail, Communications, and Records.

The Chief earned an Associate degree in Criminal Justice from Collin County Community College, and a Bachelor of Applied Arts and Sciences degree from the University of North Texas. He is a graduate of the Bill Blackwood Law Enforcement Management Institute of Texas Leadership Command College at Sam Houston State University and is a graduate of the Federal Bureau of Investigation National Academy, Session #275 at Quantico Virginia.

Lieutenant Adana Barber has served with the Murphy Police Department since 2004.  She began her law enforcement career at the Garland Police Department in 1988.  She has also served with the Rowlett and Sachse Police Departments.  She holds a Bachelor of Business Administration degree from Midwestern State University.  She is a graduate of the Institute for Law Enforcement Administration School of Police Supervision, the Leadership Command College from the Law Enforcement Management Institute of Texas, and the inaugural class for the Leadership inventory for Female Executives.  She was also a graduate of class #249 of the FBI National Academy. 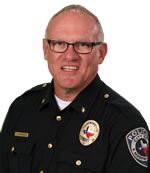